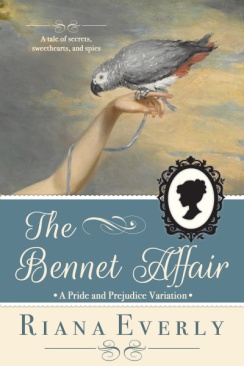 Spies, secret tunnels, codes, France vs England, – and Longbourn involved? Sounds like something you would like, then join me for the review of this new book by Riana Everly. Another author who is a returning factor here with me.

A tale of secrets, sweethearts, and spies!

Elizabeth Bennet’s bedroom in the ancient tower of Longbourn has always been her private haven. So what are those footsteps and shuffling noises she’s now hearing from the room above her head? Drawn from her bed one dark summer night, her clandestine investigations land her in the middle of what looks like a gang of French spies!

William Darcy’s summer has been awful so far, especially after barely rescuing his sister from a most injudicious elopement. Then he is attacked and almost killed nearly at his own front door in one of the best parts of London. Luckily his saviour and new friend, Lord Stanton, has a grand suggestion—recuperate in the countryside and help uncover the workings of a ring of French spies, rumoured to be led by none other than country squire Thomas Bennet!

Drawn together as they work to uncover the truth about the Frenchmen hiding in their midst, Elizabeth and Darcy must use all their intellect as they are confronted with an ingenious code machine, a variety of clockwork devices, ancient secrets and very modern traitors to the Crown. And somewhere along the line, they just might lose their hearts and discover true love—assuming they survive what they learn in the Bennet affair.

During a thunderstorm at Longbourn, Elizabeth wakes up and hears a sound which sounds incredibly like footsteps, but in the attic, in the middle of the night?

Intriguing and brilliant was words I uttered while reading. Riana had me hooked nearly from page 1, and didn’t let me go again until the very end.

In London, we meet Darcy who is beaten by a gang of bad guys and are helped by Lord Stanton, and soon are asked to help to retrieve an item from the ‘traitorous’ Bennet, who is believed to be a French spy and whose home is in Hertfordshire.

Soon a race against unknown enemies, time, honour and emotions, and soon more unknown history are revealed about the Bennet’s, Darcy and who the real traitor is.

While the romance between Darcy and Elizabeth evolves, the plot tightens around the Bennets, Darcy and the confederates of both sides as the conflict between France and England is coming to ahead.

I was pleased to note that for once Wickham was on the right side, which made me chuckle quite a lot. The ending was worth quite a few sighs, some shakes of the head and of course a delighted smile with the ending, a perfectly romantic ending.

Riana Everly had a masterful way of writing both the good guys and the bad guys, especially Darcy and Mr Bennet was especially well written, in my opinion. The whole plot which takes place during the conflict between France and England was beyond all expectations! I will judge this book to no less than 5 stars or Austen’s.

My inspiration behind The Bennet Affair

Inspiration can come from the strangest places. In the case of my new book, The Bennet Affair, it came from an on-line computer science course.

A few years ago, I discovered Coursera and EdX, and started taking courses in various disciplines, purely for my own edification. If Mr Darcy likes a woman who improves her mind through extensive reading, how much more should he approve of one who learns about art history and musical sound recording and the like? After a few of these, I decided to break out of my comfort zone and do a course in computer science.

There’s no point belabouring the fact that I am not a computer scientist, nor will I ever be. But one of the assignments involved writing a program to break the Caesar cypher, and after that, to break the Vigenère cypher. The computer programs completely eluded me, but I became fascinated by the cyphers.

To give you a taste, the Caesar cypher shifts all the letters of a message a certain distance along with the alphabet. So, for example, all As becomes Bs, all Bs become Cs, etc.

Well, our heroes are a resourceful crew, and they had as much fun with the cyphers as I did. They would probably even manage to write that elusive computer program to crack the cypher, if only they had access to our technology.

The code machine that figures in the story is my own invention, but it was inspired by some of the amazing clockwork and mechanical marvels of the eighteenth century. Before the age of computers and robots, brilliant craftsmen were building beautiful music boxes and automata who could write notes with pen and ink and play actual musical instruments. The more I researched, the more fascinated I became, and the more convinced I was that we needed some brilliant technological gadget in the story too.

I have a couple of other projects in the works as well. I have three books of a six-book mystery series written, starring Mary Bennet, and I am about a quarter the way through a story featuring Colonel Fitzwilliam. I’m hoping to take advantage of April’s Camp NaNo to get further into his story.

Hopefully, my take on these ideas will keep people amused and happy for a while. Enjoy my tale of secrets, sweethearts, and spies! 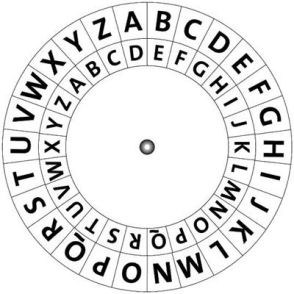 At the top, the narrow stairwell flattened to a small landing, which led to a secret panel similar to that in her own chamber. This one, however, was older and had not been repaired when the lower storeys had been improved some fifty or sixty years past, and the wood was cracked and shrunken. Pressing her face against the panel, she could see into the room through a chink where the panel met the wall. Her view was not complete, but it showed her much of the centre of the chamber. Covering her lamp so the light would not be seen, she put her eye to the crack and peered through.

She should have seen nothing. The room should have been in complete darkness. How strange, then, and yet how expected it was, that the space was filled with light. This was not the sudden and fitful burst of lightning upon an empty space, but the steady and warm glow of a lamp, shedding its golden light throughout the cavernous space. The draperies were drawn and the sound of the storm scarcely permeated into her concealed closet, but the room was not silent. Men were talking, barely whispering, and moving objects from place to place. This must-have caused the noise that had awakened her. A large table was already set up in the centre of the space, and she could see the end of a cot at the edge of her field of vision. And there, by the window, was the side of the heavy desk that had lain dusty for too many years. She tried to shift to see further to the side of her narrow tunnel, but her robe caught on a nail and she nearly made a noise as she heard the fabric tear. She held her breath, but the whispering men seemed not to notice anything amiss.

Now she could hear distinct voices. There were two men—or two who were speaking, at any rate. To her alarm, the language was French.

“Comment Puis-Je Vous remercier?” the first voice whispered. How can I ever thank you? Elizabeth had studied French, as was expected of young ladies despite the hostilities with France, and the man spoke clearly and precisely. She had little trouble understanding the conversation.

“You understand that you risk your own life by aiding me thus,” he continued. “You need not attach your cause to mine. I shall not fault you should you decide to change your mind.”

“Cela ne sera pas nécessaire,” came the whispered reply. The speaker was English, his French excellent but not unaccented. The voice… surely it could not be! But no, that was impossible. She listened more keenly as the man spoke on. “I know who I am, what we are. Your aims are mine. We are brothers in this endeavour. Fraternité.” He laughed once, a short and bitter sound that echoed in the large space. “You may remain here until your men return, and I shall come with food and books as often as possible. But I hope it will not be more than a week, for the longer you remain, the more likely you are to be discovered. Nevertheless, I shall undertake the task you asked of me, no matter what.”

“If you are caught…” the first man began, but the second cut him short.

“If I am caught, I understand the consequences. I am prepared to take that risk. The benefits should I succeed make the danger worthwhile.”

“Call me Bennet here, Etienne. Even in private.”

Now Elizabeth clapped a hand across her mouth to stifle a cry. Her father—her beloved English father—was harbouring and abetting a Frenchman. The enemy!

Riana Everly was born in South Africa but has called Canada home since she was eight years old. She has a Master’s degree in Medieval Studies and is trained as a classical musician, specialising in Baroque and early Classical music. She first encountered Jane Austen when her father handed her a copy of Emma at age 11 and has never looked back.

Riana now lives in Toronto with her family. When she is not writing, she can often be found playing string quartets with friends, biking around the beautiful province of Ontario with her husband, trying to improve her photography, thinking about what to make for dinner, and, of course, reading!

Riana’s novels have received several awards and citations as favourite reads of the year, including two Jane Austen Awards and a Discovering Diamonds review.

I’m giving away one eBook on each stop on this blog tour. To enter, just make a comment and leave an email address so I can contact the winner. I’ll enter names into a random number selector to pick the winner. The deadline for entering will be five days after the blog is posted.

15 thoughts on “The Bennet Affair”